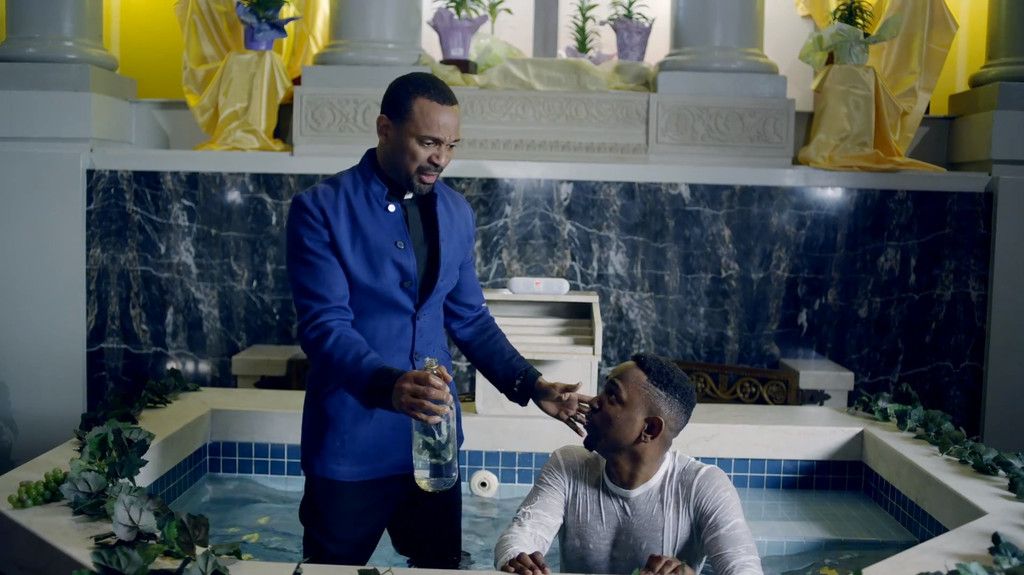 I, like many, am struggling with reckoning with the world and with the Church in the wake of another round of unnecessary death in America. For a long time, I've loved Kendrick for both his other-worldly artistry and for his religious vision. I am finally writing out my thoughts on his work to cope with the world.

If you end up reading this and you are coming from mainstream Christianity or Catholicism and don't typically listen to rap, I suggest starting by listening to the album in its completeness and following along with the annottated lyrics on Genius. Don't attempt it if you aren't willing to commit to at least two listens. After that, read part I, and part II. Then dig in.

"LUST." and its counterpoint, "LOVE."

If Kung-Fu Kenny[1] can do anything well, it's fail to live up to his promise, and in "LUST.", he's at it again. The song is about its namesake, one of the seven deadly sins, but really it's about a bunch of them. The song captures the same detached and growingly apathetic voice that Kendrick exhibited in the earlier tracks; he's tired of the false promise of worldly pleasures, and in the bridge, what's implied by his voice is made explicit:

Lately, I feel like I been lustin' over the fame
Lately, we lust on the same routine of shame
Lately, lately, lately, my lust been heightened (Lately)
Lately, it's all contradiction
Lately, I'm not here
Lately, I lust over self
Lust turn into fear
Lately, in James 4:4 says
Friend of the world is enemy of the Lord
Brace yourself, lust is all yours

and with that, he lets go of it. All of a sudden, the chorus on the way out- previously sexual- is juxtaposed with a new, baptismal meaning:

I need some water, somethin' came over me
Way too hot to simmer down might as well overheat
Too close to comfort, as blood rush my favorite vein
Heartbeat racin' like a junkie's, I just need you to want me
Am I askin' too much? Let me put the head in
Ooh, I don't want more than that, girl, I respect the cat
I promise just a touch, let me put the head in
If it's okay, she said, "It's okay"

It's almost comical how far around it comes, but the lyric draws on the Catholic tradition of the Church as the Bride of Christ; again, Kenny hits rock bottom, and asks for salvation.

From there, the next track is "LOVE.", a simple song, which juxtaposes "LUST." and "LOYALTY." with a purehearted vision of being in love, both personally, and in terms of transitioning into a period of real and sacrificial religiosity.

America, God bless you if it's good to you
America, please take my hand
Can you help me underst—

In verse 2, this perverse American dream tears into the life of our newly-reformed Kenny; a friend calls him, looking for some wisdom or solace on the death of the friend's son at the hands of debtors. Kendrick can't muster the higher road:

He was lookin' for some closure
Hopin' I could bring him closer
To the spiritual, my spirit do know better, but I told him
"I can't sugarcoat the answer for you, this is how I feel:
If somebody kill my son, that mean somebody gettin' killed."
Tell me what you do for love, loyalty, and passion of
All the memories collected, moments you could never touch
I'll wait in front a nigga's spot and watch him hit his block
I'll catch a nigga leavin' service if that's all I got
I'll chip a nigga, then throw the blower in his lap
Walk myself to the court like, "Bitch, I did that!"

Kendrick recycles lyrics from the first verse; Kung-Fu Kenny is a reflection of America, and the temptation that stands before him is that of America: the self; steely, vengeant, incomplete; justice that is no more than human.

And then the break hits; the cock crows for the third time[2] and Kenny realizes his hypocrisy: "(Pray for me) Damn!" Now Kenny is praying ("Hail Mary, Jesus and Joseph"), and praying about what America has done to her Black brothers and sisters. Kendrick's very idea of being religious is a prayer of desperation.

In another three-parter, itself bookended by voicemails from Kendrick's more explicitly religious cousin Carl, highlights what Kendrick is afraid of at three stages in life. As a child, the wrath of his mother. As young adult, the violence of youth in poor, Black LA. In adult life, the collapse of his successes and the eradication of his wealth. In the choruses, he wants to medicate the pain and the fear away. Finally, in verse 4, he contemplates the meaning of all this fear:

It seems that Kendrick is finally letting go of all of it, but Bēkon makes it clear that the pilgrimage is not quite over for Kenny:

It is, after all, the balance of the scales of Lady Justice.